Fine paintings have always been a feature of our auctions, as well as collectible prints and etchings and we are delighted to have the services of art expert Jonathan Voak, previously a senior curator with the Victoria & Albert Museum.

Paintings of Channel Island interest, by the likes of William John Caparne, Paul Jacob Naftel, Walter Ouless, William Toplis, and Sarah Louise Kilpack are in much demand from local residents and are frequently to be found in our catalogue sales in which we typically have a section dedicated to local pictures. Both pencil and pen & ink pictures by Edmund Blampied of Jersey, command strong prices.

In addition, fine British and Continental pictures are consigned for sale in our auction rooms, from the 17th to 20th century.  Recent successes have included a portrait of a gentleman in pastel by Rosalba Carriera (Italian 1673-1757) which sold for £19,000 and a still life by Cornelis De Heem (Dutch 1631-1695) which achieved £32,000.

Among notable British paintings was a cityscape of London; “Roofs of High Holborn”, by Lily Delissa Joseph, which went under the hammer at £22,000. 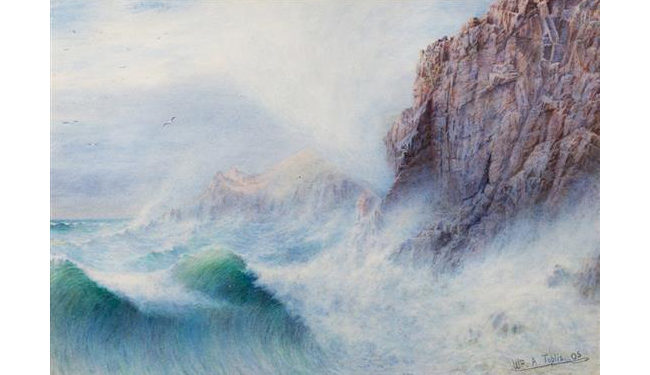