During World War II the Channel Islands were occupied by German troops, going a very small way towards satisfying Hitler’s thirst for occupation of Great Britain as a whole. As events unfolded it eventually became clear that this achieved very little and indeed ultimately sapped German resources from other theatres of war.

Following liberation, in May 1945 the Germans simply abandoned their military equipment. Whilst much of this was destroyed by the local population, as the years passed interesting items of militaria emerged and were offered for sale. Naturally many of these items found their way to the Martel Maides auction rooms. Over the years we have become experts in all forms of militaria.

We now handle items from medieval times to the two world wars. This includes early weapons of tribal importance such as clubs and spears, through swords, daggers and bayonets to crossbows, flintlock weapons, pistols and rifles.

We also handle uniforms, helmets, medals, kitbags, and trench art and all forms of militaria such as maps, plans and ration books.

A pair of double-barreled flintlock pistols by Samuel Brunn 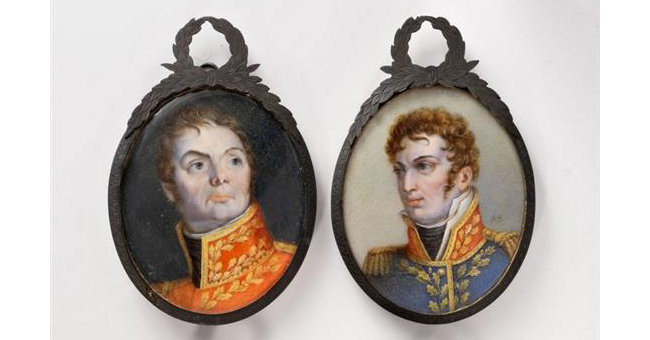